Wildlife in Skye and Lochalsh 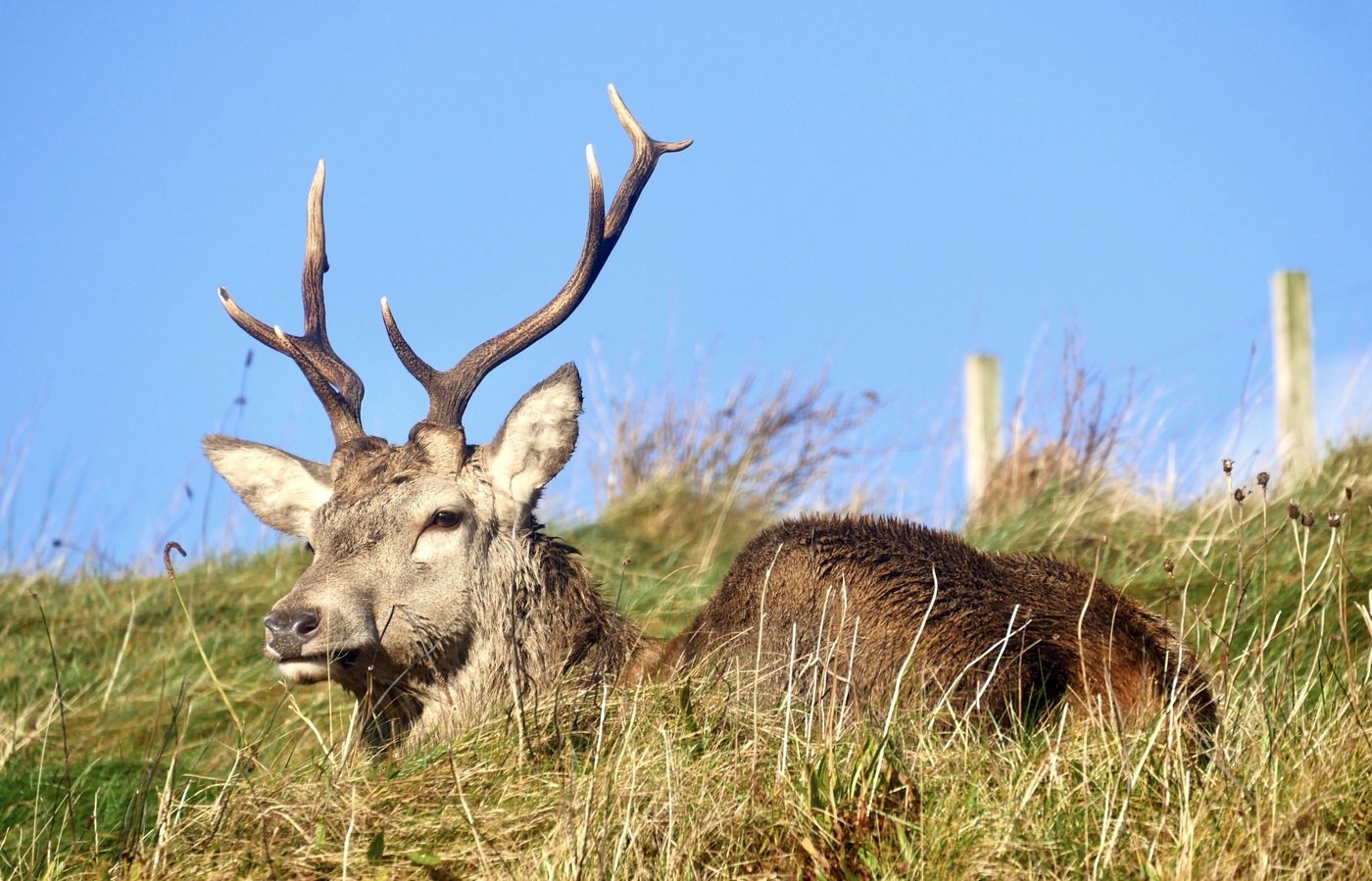 From red deer to otters, golden eagles and dolphins, to cheeky wee pine martens…we sneak a peek at the abundance of wildlife here in Skye and Lochalsh. 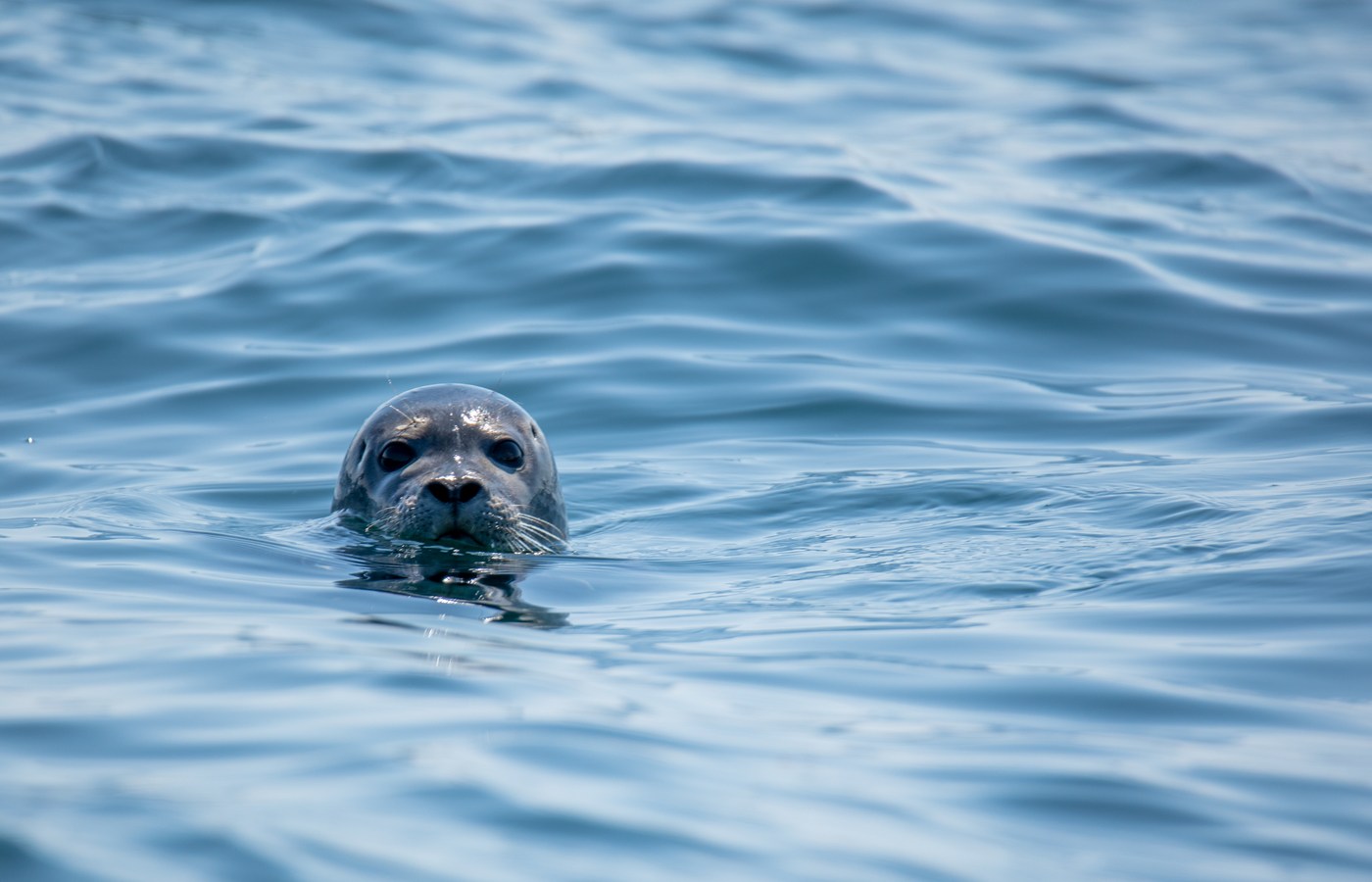 Both Common and Grey Seals are often seen swimming in the bays and sea lochs around the Isle of Skye, Lochalsh and the Isle of Raasay.

Take a boat trip, and be rewarded with an up- close view! Seals are surprisingly tolerant and will often oblige for a great photo opportunity! Who can resist a seal basking on the rocks? Some boat trip operators are so sure of the resident seal colonies, that they will offer you a refund if you don’t see any seals!

Bottlenose and common dolphins, as well as harbour porpoise, are all commonly sighted off the coast of Skye and Raasay. The most regular sightings are between April-October. Best seen on a boat trip, where you may even be treated to a ‘super pod’ sighting of over a hundred dolphin all swimming together!

The largest population of red deer in the UK is found in the west coast of Scotland and Skye is home to many of those! They are often easier to spot in the winter when they tend to come down off the hills to graze at lower levels and can often be seen from the road.

Otters are a little more elusive than seals or dolphins! You will need a great deal more luck and patience to spot one. But the good news is that there are several places in Skye were you stand a good chance of being lucky. Otters like coastal waters, rivers and tidal lochs.

The European Otter (Lutra lutra) part of the weasel family, which grow to a size of 3 foot in length. They eat a huge variety of things such as small fish and frogs. At sea they often can be seen floating on their back with a stone breaking shellfish open. A good time to stand a chance of seeing them would be when the tide is low and they are feeding.

Sit quietly watching a rugged bit of coast and there is a good change an otter will swim by. Kayaking is also a great way to watch otters playing in the shallows.

Try Loch Slapin, Strathaird or Kilmarie. Or why not take the short walk to the otter hide at Kylerhea (in the south of the island).

Visit Eilean Ban (the island below the Skye Bridge between Kyle of Lochalsh and Kyleakin). This 6 acre haven was once home to the author Gavin Maxwell. and still has a resident otter population.

Given legal protection in 1988, the pine marten (Martes martes) is still relatively rare. However, the good news is that the Highlands are probably one of the best places in the UK where you stand a chance of seeing this inquisitive cat-sized member of the weasel family. Favouring native woodland, the pine marten also lives in conifer plantations and on rocky hillsides. Their young are born around April time.

Most places on the Balmacara Estate, and around Stromeferry, Lochalsh

Although officially classed as Near Threatened in England, Wales and Northern Ireland, the native red squirrel is locally common in Scotland (where over three quarters of the entire UK red squirrel population is found). They live in woodland areas and favour pine trees, so there is no surprising that they have been successfully re-introduced in the Lochalsh area. They are most active in the morning and late afternoon so these are the best times to try and get a glimpse of them in the wild. Red Squirrels continue to suffer the threat of the invasive non-native grey squirrel (introduced to the UK from America in the 19th century) and sightings are monitored. 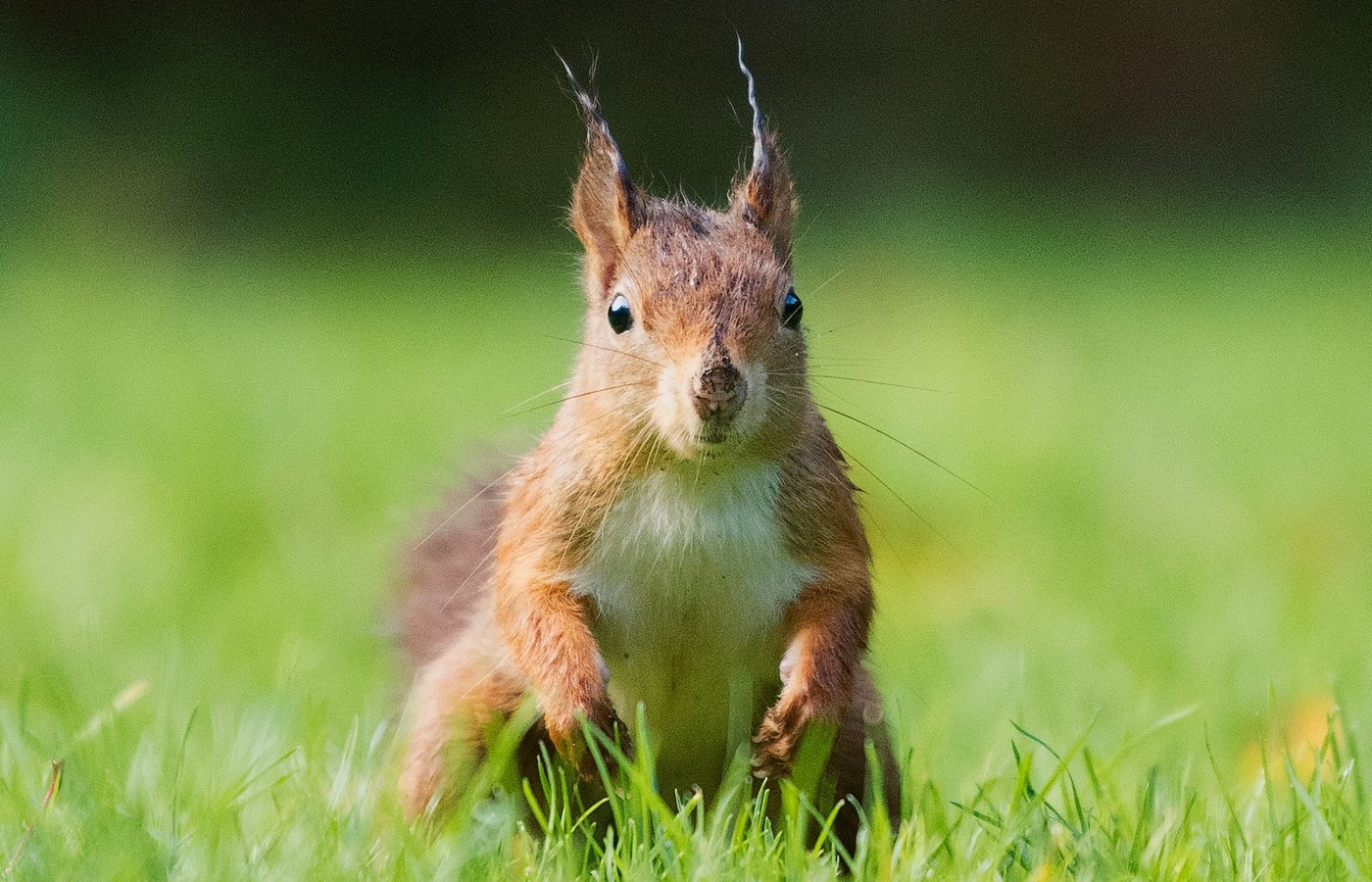 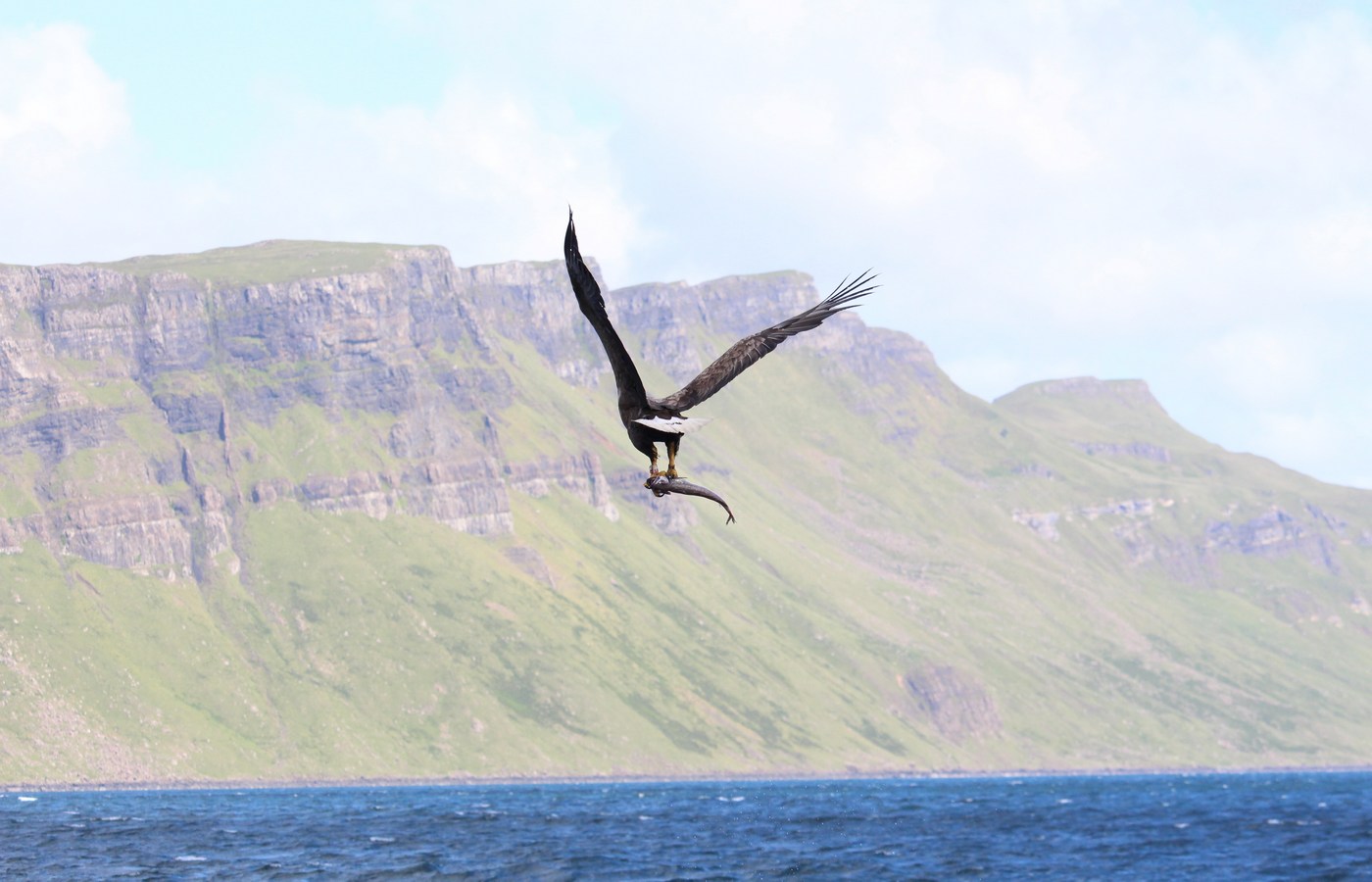 With its amazing 8 foot wing span, the white-tailed eagle (commonly known as the ‘Sea Eagle’) is the largest bird of prey in Britain. Having been re-introduced to the Isle of Rhum from Norway in 1975, they are now regularly seen around the west coast of Scotland and are often spotted on the coastal cliffs in Skye.

The coastline around Portree is a great place for eagle spotting. Take one of the boat trips from Portree harbour and you are almost certainly going to be rewarded with at least a glimpse of these magnificent birds of prey.

Found all over Scotland, the Golden Eagle is slightly smaller in size than the White Tailed Eagle. However, if you are lucky enough to see a ‘Goldie’ soaring high above the hillside, you will certainly not forget it.  Here in Skye, the Cuillin area is designated as a Special Protection Area (SPA) for Golden Eagles and they are a common sight on the island.

The best time of year to spot puffins is during the spring. In April-May they are nesting. But not usually here in Skye. Take a boat trip out to the neighbouring islands such as the Ascribs or Shiant Islands and you just might catch these lovable seabirds.

SeaSkye’s seafari trips from Carbost to Shiant and Ascrib Islands

Basking sharks are relatively common visitor to the coastal waters around Skye. These huge fish can reach 8m in length and weigh around 5 tonnes….you would think that they would be easy to spot at that size! They are around throughout the summer, but you’re most likely to spot them in June and July.

Watch for them at Rubha Hunish, Neist Point or around Elgol.

Photographs with thanks to:-