On the Fiddle … traditional music in Skye and Lochalsh 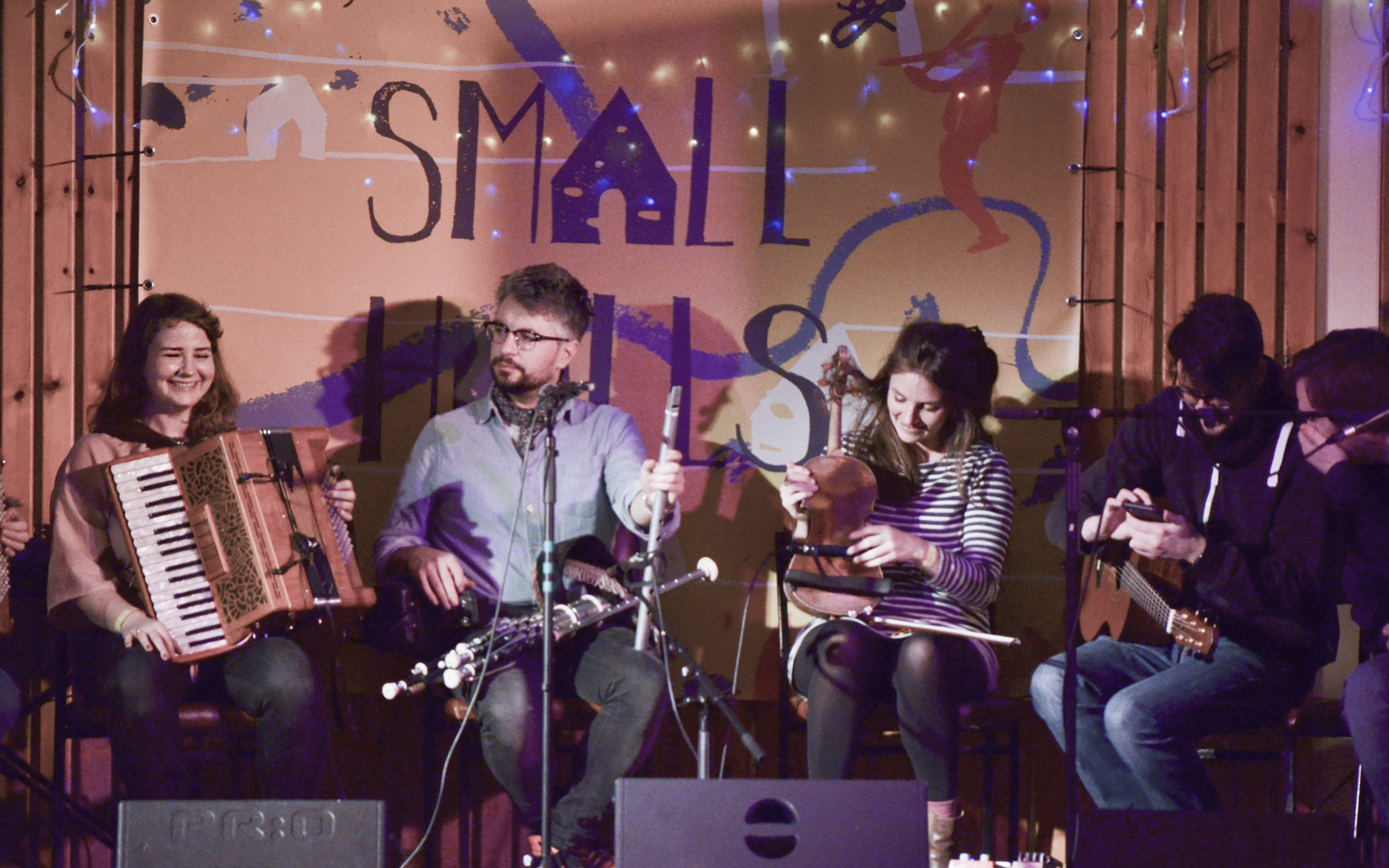 Scottish traditional music has a worldwide reputation. And it’s not just for the bagpipes!

What about a Ceilidh?

Simply meaning a social visit or gathering, the traditional Scottish cèilidh (pronounced kay-lee) is  a great excuse to get up and dance along to some lively, foot tapping jigs and reels! Look out for traditional musical instruments such as the fiddle, flute, tin whistle, accordion, and bodhrán, as well as the drums, guitar and mandolin. And don’t worry of you don’t know the dances – the basic steps can be easily picked up.

Where to catch traditional music in Skye and Lochalsh

A number of the hotels and bars throughout the area offer regular live music events – here are just a few!

The Edinbane Inn hosts traditional music sessions on Sundays. Take a seat, enjoy the music and tap your feet. If you have your own musical instrument – bring it along and join in! The Inn also hosts regular evenings of music by a variety of local and national musicians.

Carbost Old Inn  Situated in the village of Carbost near Talisker Distillery, The Old Inn hosts regular music in the bar ranging from traditional Scottish music to rock music. Its a great place to enjoy the local whisky too!

Gasta at Armadale in the south of the island hosts the Beo Festival as well as being the venue for regular traditional music sessions.

Plockton Inn  This lively venue in the scenic village of Plockton, hosts traditional music every Thursday throughout the year and every Tuesday and Thursday during the summer months. Talented young musicians from the locally based National Centre of Excellence in Traditional Music often join in the fun! 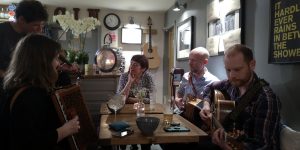 SEALL organise a variety of events including traditional music concerts. These take place at a number of venues across the island, including Sabhal mor Ostaig in Sleat. During the summer they present the annual Skye Festival Feis an Eilein. This year the Feis runs from 12 July – 20 August and includes an exciting programme of music, theatre and workshops. Everything from jazz to South African dancing!

Check out the 2019 Feis an Eilein programme Feis 2019 Programme 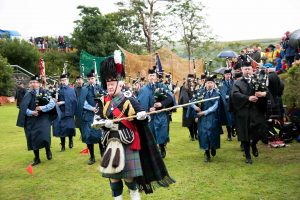 What about the bagpipes?

The Isle of Skye Pipe Band are based in Portree. They play regularly at functions across the north of Scotland. During summer months you can catch them in Somerled Square in Portree every Tuesday evening, where they perform after their weekly band practice!

With grateful thanks to SEALL for their kind permission to use images from SEALL Festival of Small Halls 2018 and to Hugh Campbell Marketing for the photograph of the Isle of Skye Pipe Band at the Isle of Skye Highland Games.