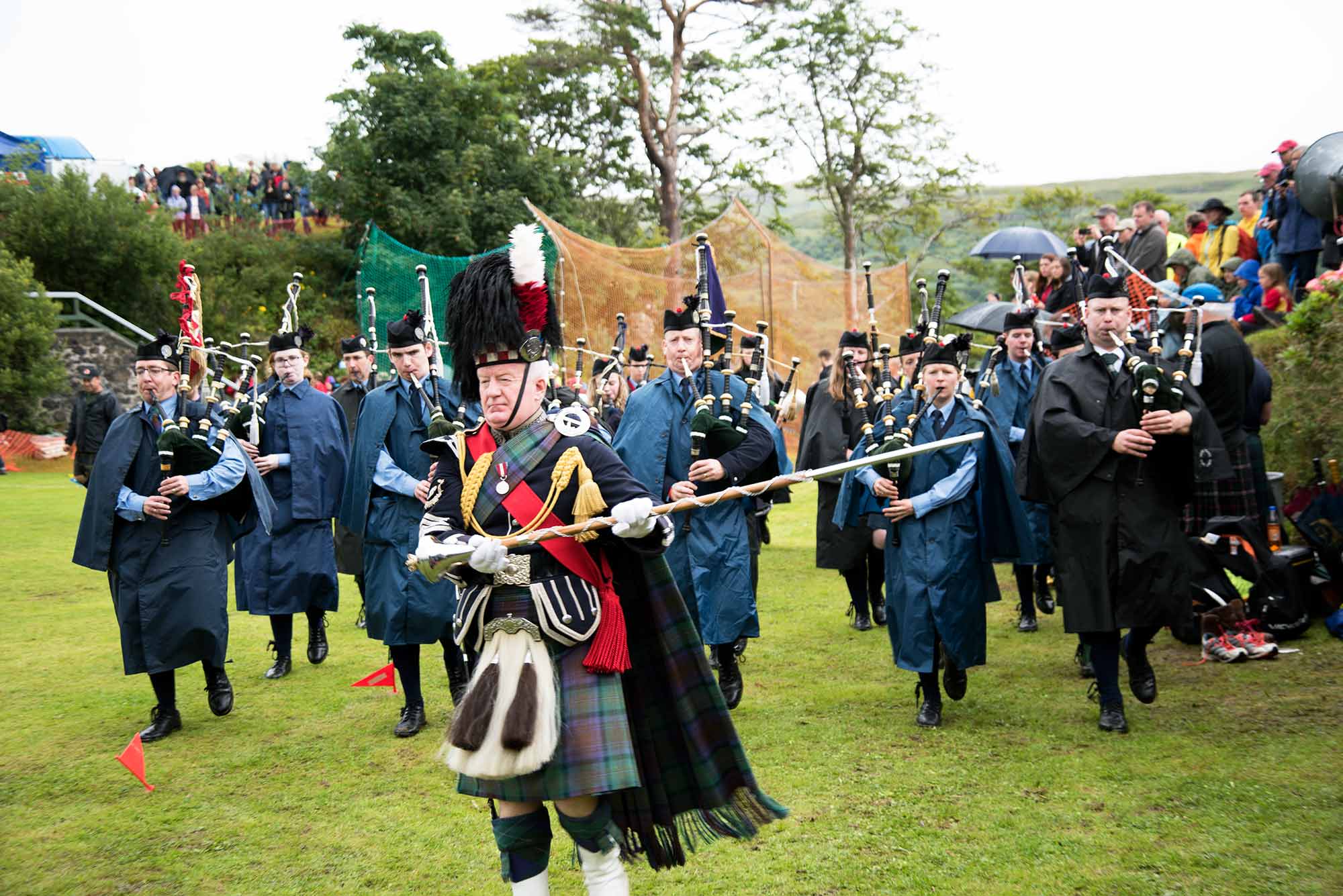 During the first week in August, Portree hosts the annual Isle of Skye Highland Games. This year the Games will begin with the Piping Competitions on Tue 6th August and continue on Wed 7th August.

With many visitors arriving specifically to witness this traditional Highland Gathering, Games Week is usually the busiest time of the year on the island! (this means that most accommodation providers are already booked up! Our tip is to not arrive on spec expecting to find your first choice of accommodation for you, your friends, the extended family and the dog!)

The Games are equally as popular with locals too! Many businesses in Portree close on Games Day to give staff the chance to enjoy the fun as well.  This includes the Islands and Highlands Cottages office! But don’t worry we will still be keeping an eye on emails and responding to anything urgent!

When did it all start?

The first ever Isle of Skye Games took place on 6th September 1877 at Home Farm in Portree.

The event historically included a sailing race and, in the mid 1880s, the spectacle of the sailing regatta was arguably a bigger draw than the athletics events!

By 1897 (20 years after it began) the event was a solid fixture and the Games that year were a resounding success.

“Portree bay was filled with visiting yachts; tourists streamed into the village and the steamers were packed with returning exiles! “

In 1932 The Isle of Skye Highland Games were augmented by the novel addition of the seaplane Cloud of Iona landing in the bay! Throughout the day of the Games, long queues formed at the pier with people waiting to be taken by motor boat out to the seaplane for joyrides around the bay, or for longer trips to Kyle, Stornoway, and even St Kilda. 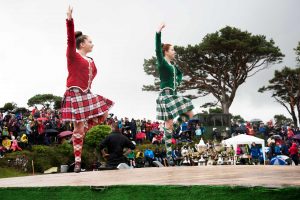 Where does it take place?

The Lump in Portree has been the permanent location for the event since 1893 after it was purchased by the Skye Gathering committee the previous year. The Lump (Meall na h-Acairseid in Gaelic – hill of the harbour) is a natural amphitheatre on the outcrop above Portree Bay. As well as providing a great arena for the annual Games, it is also perfect for a short walk at any time of the year. From this viewpoint you can enjoy vistas across the harbour and towards Ben Tianavaig. 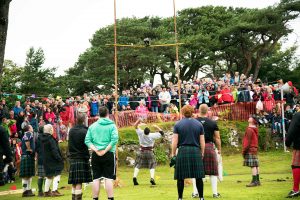 What happens at the Games?

Each year, the Games begin with the Isle of Skye Pipe Band leading the march from Somerled Square to the Games Field at The Lump. Piping forms an important part of the whole event attracting Pipers from Scotland, Australia, New Zealand, France and the USA. Competitions for local pipers are held on the field where the Isle of Skye Pipe Band plays at regular intervals.

Visit the Isle of Skye Highland Games official website to learn more about this fabulous event.